Nolan Bushnell, the co-founder of Atari, once said that “Video games foster the mindset that allows creativity to grow.” For hardcore gamers, there is no truer adage. Video games are more than just an activity done during their leisure time; games also spark the wildest sides of their imaginations and are a huge chunk of their lives.

Game developers also share the same sentiment, albeit having a deeper connection with video games. A way of looking at it is that video games are the canvas, and developers are the artists. Behind every new game released are the heart, sweat, countless hours, and tears of a development team that has given it their all into the game’s production. The dedication they have put into games has drastically changed the landscape of the entire video game world.

Video game developers are some of the most hardworking professionals on the planet despite complaints of mistreatment by the same industry that they work so hard to grow. Numerous controversies pointing to unfair treatment of game developers have popped up over the years, some of which are still ongoing in some game studios.

Several months of nonstop work, no overtime pay, and trying to meet unrealistic deadlines are just some of the issues that continue to plague the video game industry. These problems have gotten so bad that developers are now pushing towards unionization to ensure their rights as professionals.

Although this situation should never be romanticized, game developers are completely undeterred by all the drama, still continuing to provide gamers excellent new products while doing what they love the most. Now that’s what you call passion.

In a country such as Japan, where video games are a way of life, its industry is composed of brilliant and creative enthusiasts striving to put out one great game after another. One of the hardest working members of the whole field are IT engineers. Without IT engineers, it would be challenging to develop, let alone finish a game. In this article, we’ll discuss just how important IT engineers are in Japan’s video game industry. 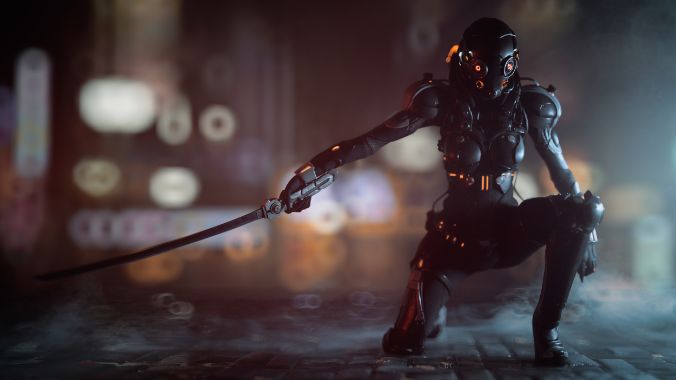 In the film industry, the plot isn’t enough for a movie to be successful. Motion pictures need interesting protagonists and antagonists, complete with awesome backstories plus the proper costumes and visual style. This is the same for the video game industry.

Nowadays, for games to truly be successful, there needs to be a “cool” hero character and a despicable but equally “cool” villain counterpart. Both sides need to look the part. You can’t put a colorful and ridiculous outfit like suspenders and long multicolored socks on an antagonist who is supposed to be the ruler of the underworld. That wouldn’t work.

IT engineers are essential in the character design process because they are very keen on creating the different personalities that make up the game. These characters are made from scratch. IT engineers consider their backstories, what characteristics define the heroes and villains, key visual elements, and the subtle or minor details that everyone loves, like easter eggs.

Gone are the days when award-winning or critically acclaimed games only had characters made up of shapes and pixels. IT engineers need to create refined and well-detailed characters, even for smaller gaming mediums like smartphones, where the characters look smaller and a lot less clear compared to the ones in proper game consoles.

Aside from the fantastic characters, IT engineers also need to set the stage and create settings, backgrounds, etc. that properly fit with the game’s time or era.

For example, suppose the developers have decided for a game to be set in Tokyo in the year 3000. In this case, IT engineers will need to create an environment that feels like Japan’s capital in the distant future, complete with state-of-the-art cars, cutting-edge technology in every corner, and whatnot. For future-set games, IT engineers can let their imaginations run wild with whatever they can think of regarding the future.

But for games set in the past, there needs to be a little bit more discipline. IT engineers need to create set pieces that are incredibly detailed and era-appropriate. The most hardcore gamers are quickly going to notice if a certain type of architectural design wasn’t around during the game’s set period, or how humans haven’t invented this and that by that point. So, IT engineers need to do some thorough research when creating games set in a bygone era.

Additionally, IT engineers will have to add many elements to the game’s surroundings that will help players during crucial moments of the story. If a player wants to chuck a barrel full of fish at his opponent or wants to climb up a roof to gain a commanding perspective, IT engineers need to program that particular piece or area as “interactables.”

IT engineers can offer game development expertise in steps and stages such as high concept, pitch, concept, game design document, prototype, and production. During production, IT engineers will focus on design, level creation, and programming.

During the programming stage, IT engineers can focus on computer programming and use their knowledge in languages such as C++, C#, Python, Java, and many more. IT engineers also have a hand in choosing the game engine, which will provide them awesome 3D and 2D graphics rendering, audio support, animation, collision detection, artificial intelligence, and networking, to name a few.

Even if developers put their all into the game production, the game will likely tank if the consumers and critics aren’t going to like it. A game bombing will result in major repercussions to the game developer’s reputation going forward, so IT engineers also bear the pressure in making sure this won’t happen to the development company by following some essential steps.

Second, IT engineers who work on a sequel or another chapter of an already established game make it a point to improve upon the previous edition. Players will quickly notice if the game has stayed the same since the last installment, so IT engineers need to add better gameplay elements for later versions to keep it fresh.

Third, IT engineers make sure that the game they are working on will have a responsive, fluid, and somewhat realistic experience during release. Players hate when the game is slow, the physics are awful, and the animation is lousy. This is what derails most developers, as gamers are not afraid to let the world know if a game is unsatisfactory and falls short of expectations. Negative reviews like these can easily spread and affect the purchasing decision of potential players.

Lastly, IT engineers create exemplary user interfaces. The user interface can be the difference between a great game and an iconic one. Chances are that you still remember the in-game menu of your childhood game or the sound the game makes when you click different options. This is how vital user interfaces are, and IT engineers know how much of a difference it makes.

Video games have progressively become more sophisticated and entertaining over the years, thanks to contributions from personnel such as IT engineers. The significance of IT engineers to the video game industry can never be understated, and all of their efforts should never be overlooked.

IT engineers work tirelessly to design heroes, villains, and environments. Beyond their usual scope, they also offer their help on several aspects of game development. And most importantly, they always emphasize the experience of users and gamers.