The article summarized how to search jobs for foreign Software engineer in Japan.
We hope it’s useful for not only programmers working in Japan but also job seeker who search jobs in Japan from abroad. 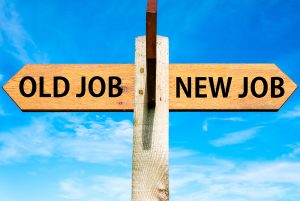 Job board is the most popular job search way in Japan. This part will introduce popular job boards for software engineers in Japan.

Job boards with many IT jobs for foreigner

www.daijob.com
19 tweets
148 users
外資系・グローバル企業の転職・求人サイト | [Daijob.com]
https://www.daijob.com
日本最大級バイリンガル人材向けの外資・グローバル転職サイト「ダイジョブ・ドットコム」。英語を活かせる仕事や海外求人も多数！過去51万人利用、延べ3000社掲載実績。外資系企業からスカウトが届く！
Daijob.com is the No.1 job boards that has the largest foreign register who want to change job in Japan. Their target is not only foreigner but also Japanese who can speak English.

You can see posted jobs in both English and Japanese, and also there are many IT engineer jobs here. If you register their scout service, companies and recruitment agencies would contact you.

キャリアクロス
142 users
グローバル求人多数
https://www.careercross.com
外資系への転職・就職なら「キャリアクロス」。英語求人満載！外資系・グローバル企業で働きたい方や、海外で就職したい方必見の満足度No.1バイリンガル向け転職サイト。
CareerCross is one of the biggest job boards for bilingual speaker in Japan as well as Daijob.com.

They are a group of JAC Recruitment which is a famous recruitment agency for middle to higher class, so there are more middle and higher jobs than Daijob.com.

You can search job in both English and Japanese on the website and get scout service.

www.linkedin.com
26188 tweets
881 users
World’s Largest Professional Network | LinkedIn
https://www.linkedin.com
As you know, LinkedIn is the largest business social networking service in the world. It’s not as major in Japan as other countries, but it’s used a lot when company hire foreigner in Japan.

Therefore, there are many jobs targeting foreigner including IT engineer. Their jobs are written by either Japanese or English. The jobs written by Japanese would target foreign Japanese speakers.

TalentHub（タレントハブ）
3 users
外国人エンジニア採用情報サイト
https://talenthub.jp
Apply to jobs in Japan for foreigners, all online. Find work in Japan as a software developer, engineer, or in IT, animation and design.
TalentHub is a job boards for foreign IT engineers in Japan. They have many Vietnamese job seekers and have only IT engineer jobs for foreigner.

However, As of March 2020, the number of jobs looks less than other job boards above.

GaijinPot Jobs
2 users
GaijinPot Jobs
https://jobs.gaijinpot.com/index/index/lang/ja
日本最大の外国人向け総合求人サイトガイジンポットジョブズ英語、その他外国語での求人情報多数。英会話講師、通訳・翻訳など語学力を活かした求人情報から、外国人留学生やバイリンガルの日本人の方向けの転職情報まで、幅広い求人情報を網羅
GaijinPot is a famous Japanese web media for foreigner in Japan. Many jobs are on the website, but the most of them are English teacher jobs and IT jobs are no so many.

Advantage of using job board

Advantage of using job board is followings.

Disadvantage of using job board and cautionary points

As job boards are posted jobs directly by hiring companies, the information tends to be subjective. It might be different from what you expect, because it’s not objective.

Therefore, you should ask questions in job interviews in order to confirm what you should know.

We can recommend you some company review websites that are used in Japan to check objective reputations reviewed by employees of the companies.

However, any websites are written by Japanese.

Although there are some companies with few reviews, if the size of the company is bigger, there would be many reviews.

However, it would be just information for you because the reviews may not be the fact. 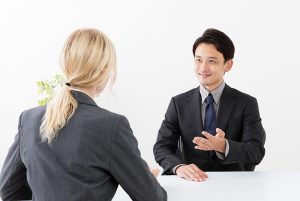 Recruitment agency is used as the second biggest job search service in Japan.

Our service, G Talent, is a professional IT recruitment firm in Japan. It’s focused on foreign IT engineers in Japan.

There are many IT jobs from global companies to start-up companies and you can get the support with 4 languages, English, Japanese, Chinese and Korean.

Both those who have already been working in Japan and those who want to work in Japan from now on can get the service with free.

You can apply suitable jobs to you, as there are more than several hundreds jobs recruiting foreign IT engineers in Japan on our website.

www.roberthalf.jp
5 users
人材紹介のスペシャリスト | ロバート・ハーフ
https://www.roberthalf.jp/ja
ロバート・ハーフは、日本で専門性の高い人材の求人と求職サービスに特化しております。今すぐサービスの詳細をご覧ください。
Robert Half is one of the biggest recruiting firms in the world. They are supporting job search of bilingual Japanese and foreigners in Japan.

As there are many recruitment companies in Japan other than above, you can use some suitable agencies with you.

In case of recruitment agency, you can get many objective information about not only company but also working viza and living.

You can do other job search as followings.

As there are some companies which doesn’t post jobs on job boards, you can apply to the jobs through the company’s recruitment website if you have a company which you are interested in.

However, since company’s recruiting website doesn’t have generally less the information than other job boards, you need to collect information through the job interviews and internet.

If you have some friends in Japan, you can rely on them to introduce some available jobs.
Generally, it would be better to get deeply information about the company.

However, it’s not necessary that the company your friends refer to you is better. In any case, you can proactively collect information on your own.

There are other ways to search jobs than what we introduced this time.

As we introduced some ways that are generally used well, please try the best way you are suitable as reference.

Sincerely hope all foreign IT engineers in Japan can meet a comfortable and suitable working environment.