In the future, when IT will become more and more common, back-end engineers are attracting attention as highly promising occupations. Now that most Japanese companies have websites, there is a growing need for back-end engineers who can manage systems and servers, from servers and databases, to building websites and web services.

Therefore, this time, I will explain the job description and required skills that are expected from back-end engineers. 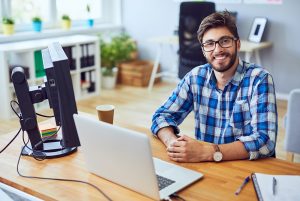 Currently, an increasing number of Japanese companies are improving their corporate image by improving the quality of their websites. Therefore, the needs of front-end engineers who develop UIs (user interfaces) including designs that are visible to users are rising. However, even if only the surface looks good, the user will leave. Therefore, there is also a growing need for back-end engineers from companies that feel the need to develop parts that are not visible to users.

The specific work of a back-end engineer is to build a server that receives and processes information input by the user from the front-end. When a client requests to create a website, is important to understand the request and then select the optimal hardware and OS, build a server, and develop a system that runs on it. At the same time, security on the server side is also required. The back-end engineer’s work extends to system construction. Especially when new software or version upgrades are made, the environment of the system is adjusted and constructed.

Differences between Japan and overseas

The need for IT technology at an early stage had been understood in foreign countries, but Japan has finally understood the need of IT technology. Due to such changes in the times, more and more Japanese companies are employing back-end engineers.

However, compared to overseas countries, in Japan is still not seen as high social status and high income is not yet been established. However, as Japanese companies are accelerating the adoption of general engineers, including back-end engineers, we look forward to improving their status and raising their salary base. 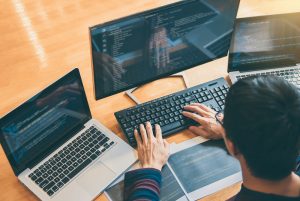 Because the back-end supports the foundation of the system, back-end engineers are required to have various skills. Languages are a must, so let’s aim to acquire skills related to project management.

As long as you are an engineer, you naturally need language skills. For example, many companies have employed interpreter languages such as Ruby, PHP, Python, etc. that not only save time and effort of compiling by converting source code sequentially but also fast program execution speed. At the same time, it is also effective to learn Struts, Spring, Rails, Laravel, etc. as framework languages that frame frequently used processing parts.

In recent years, Go language has become a trend because it enables efficient and speedy development. It is useful to learn the Go language because it can be used for general purposes based on requests.

Furthermore, there is a tendency for talent who can use Java in companies related to smartphone payment services, which have been in increasing demand in recent years. Based on the trend of cashless payment, if you master Java, you may be able to work in any company.

One of the skills required for back-end engineers is the ability to listen to client requests.

Some clients may only have a vague image and would only want to create a web page. Even if you start the project in such situation, it is obvious that trouble will occur. That’s why you have to listen carefully to what they want to make a web page for and what goals they want to achieve with the web page.

In addition, there are limits to the specifications that can be made depending on the delivery date and cost, but running the project without a proper understanding of each other can be a major problem. Sometimes you may need skills to explain in plain language to someone who does not have enough engineering knowledge.

Back-end engineers are also required to manage the progress of the entire project and prevent delays.

In particular, engineers tend to misunderstand their work speed and tend to put out a schedule that cannot be realized without a little effort. It may not be impossible if you increase overtime, but if such a situation continues, you will wreck your health and be forced to leave. As a result, the project itself can get stuck.

First, before starting development, identify the tasks that each person should perform and assemble a specific schedule. At the same time, it is important to encourage people to report progress frequently and create an atmosphere where they can immediately consult if there are any concerns. 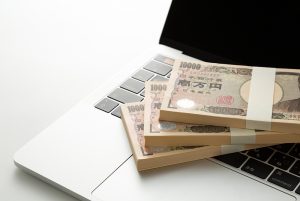 As demand for websites and web services continues to increase, the work of engineers as a whole will not disappear. In particular, work such as service improvement and maintenance will continue semi-permanently, including the occurrence of deficiencies and prevention of security problems.

Also, back-end work tends to be more difficult than front-end languages, and because it has a wide range of work, there is a lot of knowledge to remember, and there is a widespread impression that there are high barriers to entry for those who want to learn it from completely inexperience. This means that if you look at it differently, you have fewer rivals. Given the small number of back-end engineers in the market, it will certainly be an advantage if you accumulate skills and experience.

However, many companies are now moving from servers to the cloud, and it is also true that automation is progressing through technological innovation in programming languages. Against this backdrop, it is expected that back-end engineers in the future, might want to only make things according to specifications or conveying their point of view and ideas. In order not to be so, it is essential to become a back-end engineer with added value of plus alpha as well as chasing the latest technology every day.

The average annual income of back-end engineers is about 4 million yen, which is relatively high among engineers. The reason for this is that, as mentioned above, the skills and knowledge required in addition to programming are diverse in order to prevent the occurrence of defects. 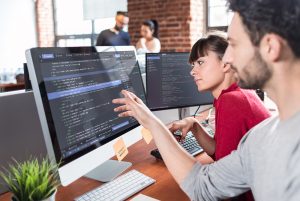 Backend engineers are responsible for supporting critical parts of systems and websites. Although it is expected to play an active role in various companies in the future, now with cloud computing and program automation it is difficult to affirm that there is an absolute future in this field.

However, that is because the value of a back-end engineers who can only do what they are told declines. The future of back-end engineers who can actively look for service improvements and move forward to find and fulfill requests from clients will be bright. For that reason, it is also effective to gain the knowledge and skills of the front end to increase the added value. So, why don’t you improve your skills to raise your value so that you can be in great demand to any Japanese company?