Until now, web designers have typically been responsible for designing and constructing HTML. However, in recent years in Japan, high-quality Web pages can lead to an improvement in the image of the company, so a system that divides which person is in charge of each process, has become quite normal.

One position in the website creation structure is “front-end engineer”, who is in charge of building web pages based on designs created by web designers. In this article, we will explain the skills and work content required for front-end engineers, who are needed more and more by Japanese companies. 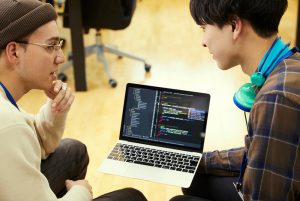 Front engineer refers to the engineer involved in the front-end development of websites and apps that users see and touch directly. The content of the work is diverse, but based on the design mainly handled by the web designer, for coding normally is used HTML, CSS, JavaScript (jQuery), PHP, etc., and then to build and customize WordPress.

There is profession similar to a front engineer, which is a code, but in Japan it is said that there are many engineers who draw a career plan aiming to be a front engineer after experiencing coding first and then being able to reproduce the image of the web designer on the web. There is great expectation from Japanese companies for front engineers, those who can take into account the viewpoints of clients and users and design and configure easy-to-use sites.

Differences in environments between Japan and overseas

In the United States, you can start your career as an engineer by studying specialized knowledge at universities and graduate schools and earning a degree. However, in Japan there are many engineers who can start from no knowledge and skills and learn while working. Therefore, compared to the United States, which has a high social status and average annual income, the status and annual income are not so high in Japan.

In recent years, the importance of IT technology has also been understood in Japan, and an increasing number of Japanese companies highly value engineers in general, including front engineers. The background is that the IT industry is becoming more active every year, and the needs of IT engineers are increasing. 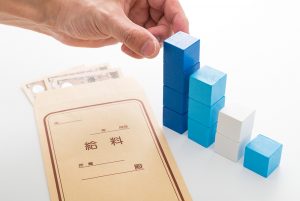 Since front-end engineers are required to create web pages, many people may think that knowledge and skills in languages such as HTML, JavaScript, and CSS are indispensable. Of course, the more languages you can use, the wider the range of representation and the more you will be able to respond to client requests. In addition to that, “framework”, “communication skills”, and “UI (user interface) comprehension” are also required.

To be active as a front engineer, mastering the framework is an important point. In particular, if frameworks such as Vue.js, Angular, and React.js can be used, not only will work be made more efficient, but it will be easier to manage because it allows you to write unified code. It also leads to prevention of problems, so those who feel that their knowledge is still insufficient need to learn them soon.

Communication skills are the essential skills of front engineers. The reason is that it is difficult for clients to give instructions when creating Web pages that are easy for users to use. For this reason, front-end engineers are required to communicate with clients, in addition to listening to requests, sometimes engineers will need to make proposals from themselves. Also, the client is not the only person with whom they communicate. In-house communication is also important, such as web designers in charge of design and engineers in charge of system construction. Rather than concentrating only on your own work, you need the ability to proceed with the creation of Web pages while looking at the whole picture and to actively communicating.

As I mentioned earlier, in recent years, in Japan the idea that a high-quality Web page can lead to an image of a company is expanding. However, while the design is attractive, some users may find it complicated to operate. Therefore, what is needed is UI (user interface) design skills from the user’s point of view in order to build Web pages that are easy for users to use. Recently, not only personal computers but also users accessing web pages from smartphones are increasing. In other words, you need the ability to understand the interface for your device.

Although there are variations in age and years of experience, it is said that the annual income of front-end engineers is about 3.8 million yen. Although it is a relatively low amount in the IT industry, the needs in Japan are increasing year by year, so as you gain experience and gain skills, revenue will increase steadily. 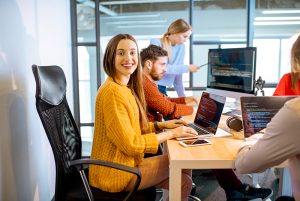 The career path for front-end engineers can be either the management side, such as a development manager, or the on-site side, as engineer.

If you are aiming for management, you will need management skills and knowledge, and the progress management of team members. And if you’re aiming for the field side, it’s a good idea to collect the latest information every day and make efforts to learn as new languages appear.

In addition, front-end engineers often have careers while changing jobs. Let’s compare the differences in environments when changing jobs to a major company or a venture company.

Changing jobs to a major company

If the company size is large, the scope of work is divided into departments and occupations. For this reason, it is not uncommon for the number of people involved to be large and the meetings to be repeated. Therefore, people who are slow to make decisions and want to work with speed will find it difficult to work.

However, because the work to be done is clearly divided by the division of labor, the time is not restrained more than necessary. You will have time after work, so you can cultivate your skills and knowledge through reference books and programming schools.

Many large companies have already established work methods and tools to use based on their experience in various scale projects. On the other hand, because of the large scale of the company, it may not progress. For example, there are many cases where it takes time to approve the upper management even when trying to introduce new tools to improve operational efficiency. In such environment, the wide range of projects allows you to increase your experience and learn how to deal with problems.

Changing jobs to a venture company

Venture companies are inferior to major companies in terms of funding and resources, but they are more flexible. In most environments it is easy to let people know your opinions, like introducing new tools because there are few resources, and using a new tool will increase business efficiency. Perfect for people who want to speak more and more to improve their work.

In addition, major Japanese companies have long-standing Japanese philosophy, and there are still companies based on seniority. In such a case, if you have little experience, it may be difficult to improve your career abruptly. However, in ventures there are many relatively young members, including representatives, and it is possible to be promoted if your abilities are high.

Venture companies can also actively challenge what they want to do. For those who are greedy to gain experience, we recommend a career change. Even those who are considering to start a business in the future, will later have the experience of a venture company where they can learn all about corporate management.

There is future for Front-end Engineers 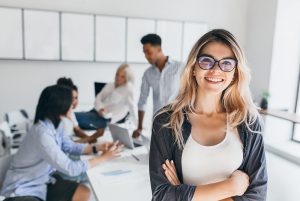 Regardless of the industry or scale, Japanese companies that focus on their websites will definitely produce many web pages in the future. And because the design and tool updates are repeated, of course, the web page needs to be fine-tuned each time. It is important to keep updating yourself so that any company can work without problems while meeting the growing needs of front-end engineers. Aiming to become an high skilled front engineer, why not start by identifying your career plan?