Companies recruiting foreign IT engineers are increasing due to the labor shortage in Japan.

On the other hand, there are considerable differences between companies in terms of salary and treatment that can be provided that match the needs of foreigners.

So, first of all, we will explain the results of a survey on IT engineers to find out what level of salary is satisfactory and what is the standard salary market trend in Japan. In addition, we will introduce the points you should be careful with in terms of treatment and to who consult when you are in doubt.

１．1. Why is the salary market trend important? Isn’t your visa issued unless your salary is at least equal to the Japanese salary? 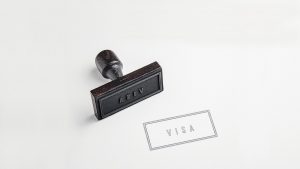 What do you think is the motivation for companies to hire a foreigner?
There are two main patterns.

First one is those who have a great skills which Japanese don’t have and get enough treatment to cover everything from housing, meals and maids, all this as company expenses. However, there are few talents in reality.

If you see this article and have a rare skill that can be useful in Japan, be bullish on salary and treatment. When negotiating, one of the tips is to negotiate through agents.

On the other hand, the latter is the engineer whose salary market is a problem. However, in addition to economic benefits, knowing the Japanese market from the residency system is the key to changing jobs.

Foreigners need a residence permit and work permit. So-called visa. In the case of Japan, a work permit will not be granted unless the salary is equivalent to that of a Japanese by a Ministry of Justice ordinance. Therefore, when you work in Japan, you should consider the “salary market of Japanese engineers” and “treatment unique to foreigners”.

In addition, in order for foreign IT engineers to work in Japan, it is normal to work with a “technical” status of residence = workable visa. These visas are usually obtained with support from the company. Don’t take visa support as granted, and in case there is support available, ask your company how much support you can get from them. 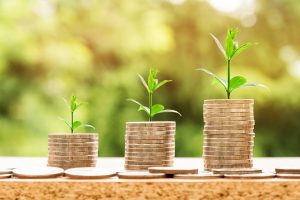 Since salary is an important part for obtaining the status of residence, then what is the salary market for Japanese IT engineers? What we’ll say from now shows the average salary by occupational type, as surveyed by DODA who is one of the largest HR company in Japan and published on January 20, 2020.

As the survey, it can be said that the income of IT engineers in the upstream process is higher and that the downstream is lower.
However, considering the age, experienced IT engineers can expect an annual income of over 6 million yen downstream even after the age of 50, and it exceeds the 4.41 million yen which is the average salary of workers in Japan (FY2018, according to the National Tax Agency).

In addition, the market of annual income for IT engineer is not only by occupation but also by industry or area.
For example, as shown in the survey at this link (Heikinnensyu.jp), if you compare the same SE position, the industry with high technical requirements and high economic conditions, such as those found in financial SE and information and communication, has higher annual income.

In our opinion, the finance and insurance industry and the information and communication industry are too high on the website, there might be some bias for the data. However, depending on which industry you choose and on your level of technological skills, these can be said that salary is likely to change greatly even for the same SE position.

By the way, “The wall of 6 million yen” is often said for the annual salary of IT engineers. Because it is difficult to work with an annual income exceeding 6 million yen and salary satisfaction increases when it exceeds 6 million yen.

Looking at the whole occupations in Japan, the occupations with an average annual income of more than 6 million yen are a small number of occupations in the upstream according to the survey results through all ages.

In this way, it is necessary to consider whether the salary is an acceptable one, considering age and experience.

3.What should foreign IT Engineers be aware of other than salary? 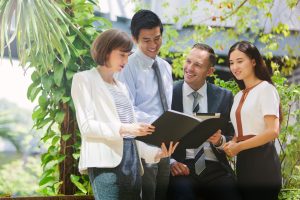 It is not recommended to only consider salary market when considering the salary.

For example, if you are wondering which company is better with the same 5.5-million-yen salary, it is important to consider the following factors.

It is important to get to know the actual working style, such as whether the workplace is too hard together with overtime hours, judging from salary alone may even damage your health. So it is important to be careful with.

Among benefits, other than special holidays, there are systems and health examinations that fit the sense of IT engineers who work hard, such as subsidized food and meals provided by the company, and that are economically beneficial. It is a good idea to pay particular attention to items that require a large amount of expenditure, such as whether they will bear the burden or reduce the burden at their own expense.

As a foreigner living in Japan, the Japanese language is always needed to be improved. It would be better if the company has an educational program.

Also, if you have family visa support, you can reduce your out-of-pocket expenses. It is important to make sure if your family will be supported.

4.G Talent is the service that supports Foreign IT engineer decisions. 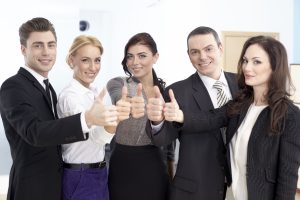 For that reason, the salary of foreign IT engineers is also required when obtaining a visa, so let’s negotiate with the company to aim for a salary with the same market price as the Japanese occupation and industry.

However, there are many other factors that actually affect salary, such as visa support, benefits and educational training programs, and negotiating these one by one is a difficult task. And, in the end, you’ll often find yourself worried about some of the several companies you’ve narrowed it down.

In this regard, it is considered that using recruitment service agents specializing in foreigners has a great advantage.
For example, with our G Talent’s service, you can get bilingual support expert on IT talent with free. It will help you bridge the gap between individuals and companies during negotiations. And you don’t need to worry about words.

In addition, G Talent is a long-established English conversation school. The company also has know-how in training programs and is well-versed in the education and training programs of recruiting companies, providing objective advice and insights.

Therefore, G Talent is well aware of the recruitment performance of bilingual global talent at each company. We have a lot of projects with companies with a proven track record, so if you are a candidate for a foreign IT engineer, your options will be expanded after receiving the GTalent service.

The salary market of foreign IT engineers is considered the same as the salary of Japanese IT engineers. Visa requirements also require a salary equivalent to Japanese by Japanese government.

In general, the salary level of IT engineers is considered to be higher than the general office workers, but it does not seem to be an attractive salary for some young people in the downstream process.

However, it is difficult for foreign engineers to understand the actual total amount of salary if they don’t look at the benefits, like training from the company, visa support, etc. We recommend you to seek the help of a professional advisor like G Talent and be sure to change jobs with a reasonable salary.