When foreign workers start working in Japan, they will pay “Japanese taxes”. If you don’t have knowledge about Japanese taxes, you may pay extra even when you can reduce them, or you may forget to pay them and get a high bill for late tax payment. First of all, let’s know the basics of Japanese taxes and Japanese taxes on foreigners to avoid losing money.

Not only foreign workers living in Japan must pay taxes, but also foreigners who came to Japan to work for a short period of time and earn an income. Japanese taxes are divided into “national taxes” paid to the country and “local taxes” paid to prefectures and municipalities. The table below lists the main taxes in Japan. 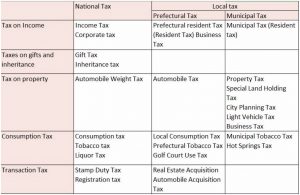 As you can see, there are many taxes in Japan, but you don’t need to understand everything. For example, “consumption taxes” such as consumption tax and liquor tax are included in the money you pay when you shop, so you won’t forget to pay or overpay. In addition, “taxes on property” such as automobile tax and property tax are simply paid by people who have property such as cars and land.

There are three things that foreign workers living in Japan should understand: “income tax”, “resident tax” and “inheritance tax”. 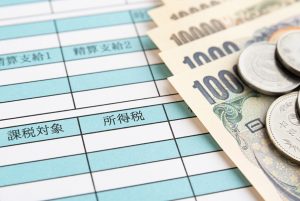 What kind of tax is income tax?

Income tax is the tax you pay when you earn money. In Japan, people with income are obliged to pay income tax, and as a general rule, they are taxed on the income earned in the year from January 1st.

Foreign workers should check their classification!

Japan’s income tax law divides individuals according to their “style of residence”, and the taxable range varies depending on the classification. Foreign workers need to know which of the following categories they belong to:

Standards and ranges for foreign workers to pay income tax

The taxable income tax that needs to be paid by foreign workers living in Japan depends on the following three categories.

What is “Income Tax Deduction” and how it allows foreign workers to reduce taxes?

The formula for calculating the income tax amount is as follows.

Also, there are different types of income deductions and tax deductions.

Resident foreign workers can receive all deductions in the same way as Japanese if they meet the requirements for each deduction. Non-residents, on the other hand, can only receive three deductions: miscellaneous loss deduction, donation deduction, and basic deduction.

Among the many deductions, the deduction that foreign workers living in Japan should know is the “foreign tax deduction”.

What is foreign tax reduction?
There is a problem of “double tax payment”, which is whether foreign workers (residents) who have income tax on overseas income must pay taxes to both their home country and Japan. In order to prevent this double tax payment, the “Tax Treaty” was established between the countries.

However, foreigners from countries that do not have a tax treaty with Japan, must pay double tax. In addition, even if you have a tax treaty, you should be aware that the scope of foreign tax credits may vary depending on the signing country. 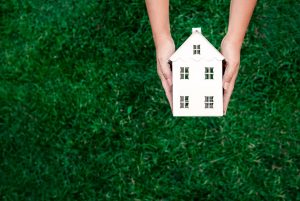 What kind of tax is resident tax?

Resident tax is a tax paid to the municipality where you live. It consists of two types, prefectural and municipal taxes.

The formula for calculating the residence tax is as follows.

※ What is income rate?
The amount to be paid according to the amount of income. Basically, the income amount of the previous year × 10% (6% municipal tax + 4% prefectural tax).
※ What is per capita rate?
Amount paid by people living in the same local government regardless of their income. There are regional differences, but is around 5,000 yen.

Standards and ranges for foreign workers to pay municipal tax

Resident tax applies to individuals with addresses in local governments regardless of nationality. Whether there is an address is determined based on January 1 of that year. For example, foreign workers who have been working in Japan since February 1, 2019 but did not have an address in Japan as of January 1, 2019 will not be subject to 2019 residence tax.

In addition, the income rate for municipal tax is applied on all income earned in the year from January 1 of the previous year. In other words, foreign workers who have no previous year’s income, it won’t apply. 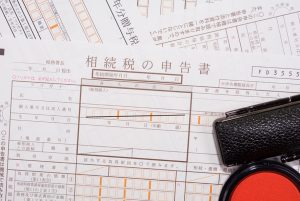 What kind of tax is inheritance tax?

Inheritance tax is tax that may be paid when you inherit the property of a deceased person (real estate, securities, savings, etc.).

The formula for calculating the inheritance tax is as follows.

There are various deductions for inheritance tax. The tax rate varies from 10% to 55% depending on the amount of inherited property.

Standards and ranges for foreign workers to pay inheritance tax 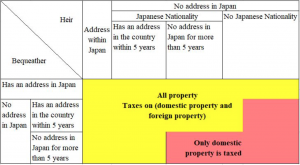 Inheritance tax may occur in Japan when inheriting overseas property, but in this case, double payment will occur. However, as with inheritance tax, “foreign tax credits” are applied in the same way as income tax, so foreign workers from countries with tax treaties can avoid double payments.

You will receive a reminder when you are behind with taxes in Japan. If you do not pay even if you receive a reminder, the arrears tax will increase, and eventually you will be subject to administrative sanctions and your salary and property will be seized.

If a foreign worker works in Japan as a company employee, income tax and resident tax will be deducted from the salary, so you do not have to pay it yourself, but if you work as a business owner or a freelancer you must pay them yourself . Get basic knowledge to avoid forgetting to pay or overpaying.

Japanese inheritance tax is very complex and has a deadline of 10 months. In the unlikely event that inheritance occurs, it is better to consult an expert promptly.